Each November, the Australian Embassy celebrates gender month. After assisting with design of a standee in 2015 we were asked to design a document explaining the Australian Government’s new Gender Strategy. This included design of an infographic to visually communicate its priorities, which was also displayed on impactful standees at the launch event.

Alongside this project, we also developed a logo graphic and fact sheets to promote the work of Aus4Vietnam (previously AVEP). 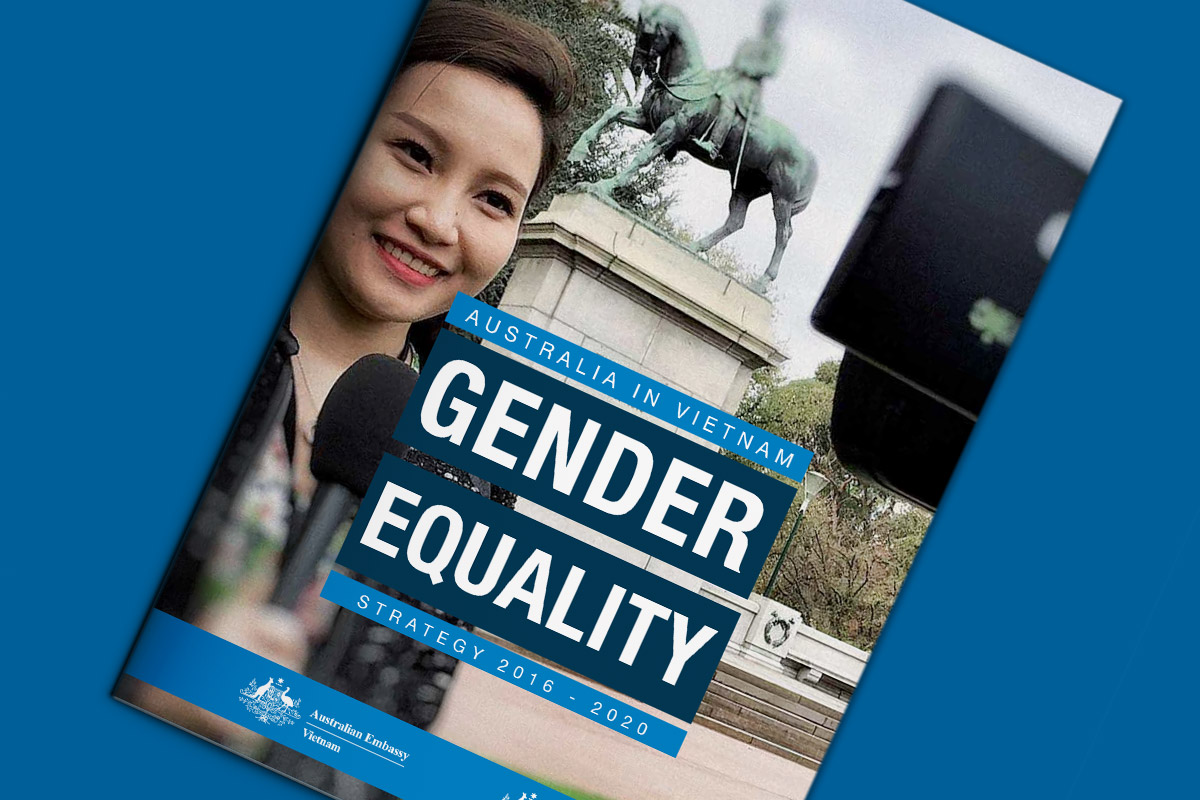 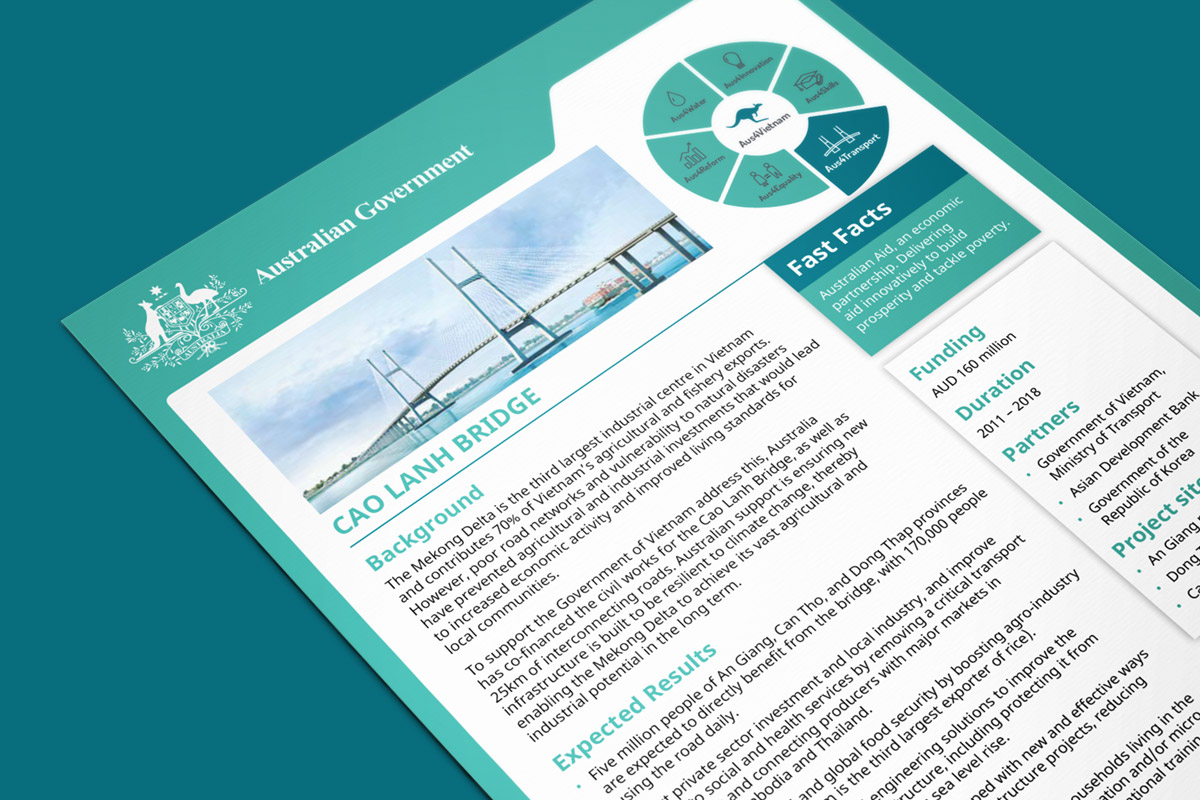