7 Bridges Brewing Co is a new craft brewery based in Danang, central Vietnam. The name “7 Bridges” derives from the seven bridges that span the river in the city. To follow the theme, each of the beer varieties is named after a bridge.

After successfully delivering an impactful logo for pre-launch activities, Crunchy Frog next developed pack designs and marketing collateral for the launch range of six bottled beers. The design is inspired by Art Deco and Vietnamese propaganda posters. Each label features a bridge illustration with colours, background and supporting graphics reinforcing the name and personality of each beer. A seventh beer – New York Rye – has now been added to the range. 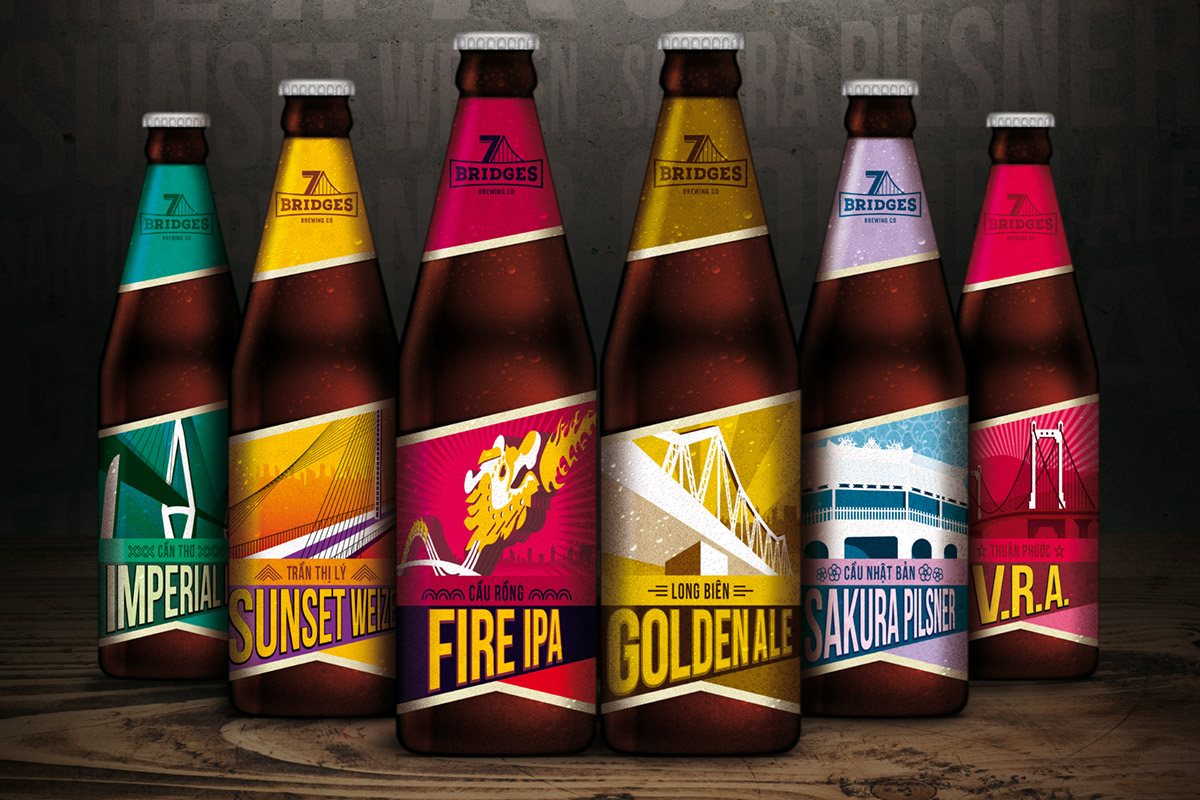